Where Angels Suffer was formed in 2010. The line-up consisted of Randy Piper, (Guitar/Vocals) Chris Holmes (Guitar), Stet Howland (Drums), Steve Unger (Bass) and Rich Lewis (Vocals). At first noted for the music, as much for Randy Piper and Chris Holmes joining forces.

Randy Piper’s friend and former band mate Scott Gaines who owned and operated a tour bus company was the originator of the name Where Angels Suffer including touring with the music of "Randy Piper’s Animal" CD’s “Violent New Breed” and “Virus”.

Several attempts were made to contact the record company who had previously distributed "Randy Piper's Animal" CD, it was found that they were no longer in business.

Following Scott Gaines departure the band decided to continue with the project.

Piper had his reservations about the professionalism of the band touring with the titled Purgatory CD which included songs tracks from Randy Piper’s Animal music “Violent New Breed” and “Virus CD’s.

Twelve shows were performed with this line-up.

Swedish representatives contacted Piper, stating that the record label had sold the licensing rights to another company and was currently being re-distributed.

After the twelfth show in Portland, Oregon, Randy Piper decided he no longer wanted to work and tour under the moniker Where Angels Suffer (Purgatory). 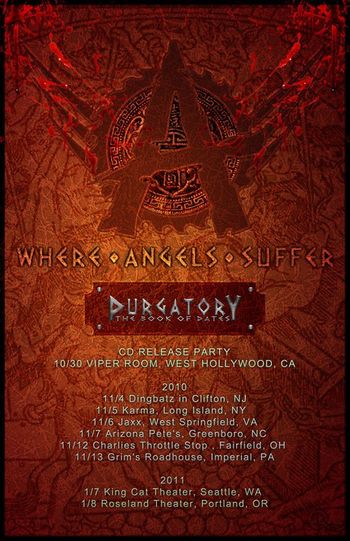 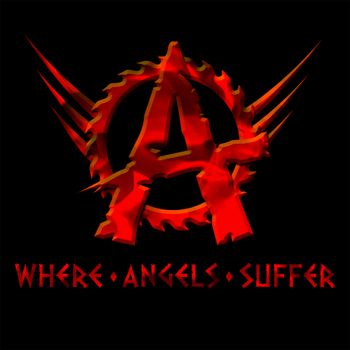 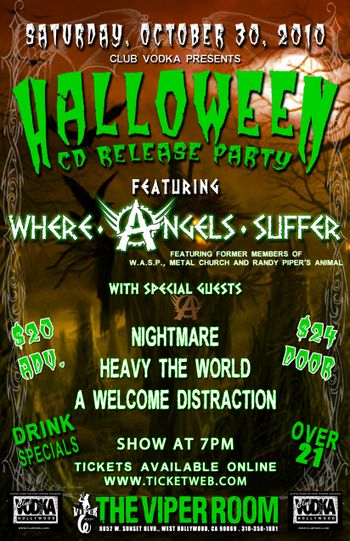 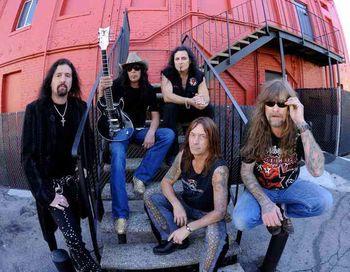 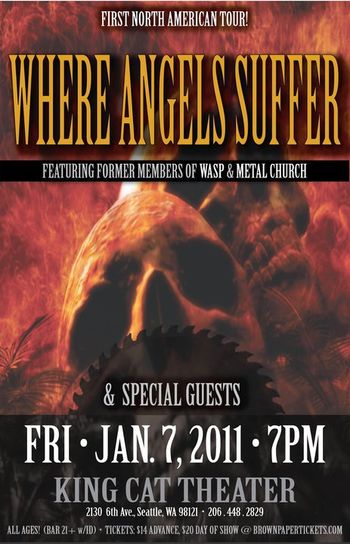 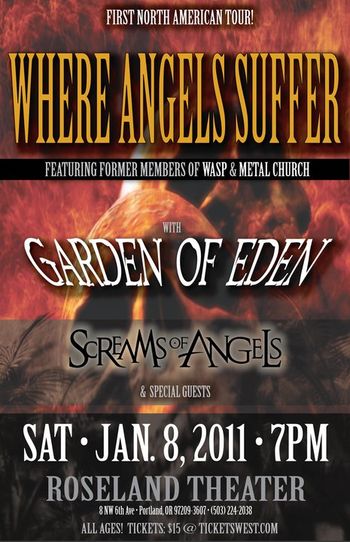 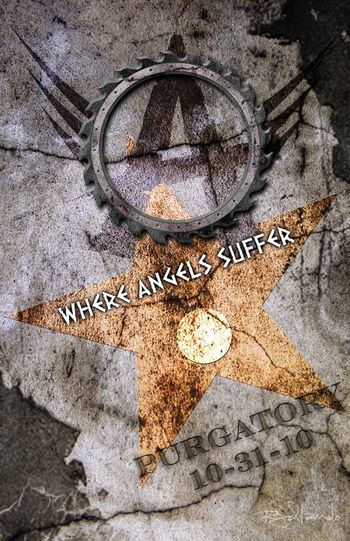